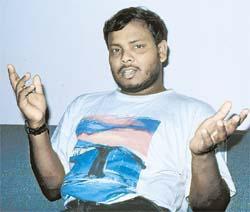 The First Physically Challenged to Conquer The English channel.

Masudur Rahman Baidya(41 years) of Kolkata(West Bengal) has become the first swimmer in the world, as a double amputee below the knee to cross the strait of Gibraltar. He took 4 hours 20 minutes to emerge victorious in his battle against waves in the difficult strait of Gibraltar on September 25, 2001. He is also the first handicapped swimmer from Asia to cross the English channel in 1997.