EDUCATIONIST OF THE YEAR 2015

Educationist of the year 2015 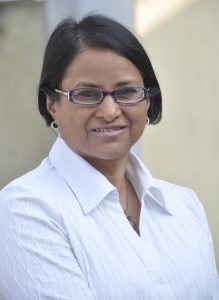 Education is a form of learning in which the knowledge, skills, values, beliefs and habits of a group of people are transferred from one generation to the next through storytelling, discussion, teaching, training, and research. It may also include informal transmission of such information from one human being to another. Any experience that has a formative effect on the way one thinks, feels, or acts may be considered educational. And when we talk about a tremendously talented Educationist, the respect for the designation just increases a lot. So our panel chosen Educationist, Dr Sunita Gandhi, Founder, Council for Global Education, USA.

Lucknow-based edupreneur Dr. Sunita Gandhi is a woman of many parts and more ambitions. Currently, she is the founder-principal of City International School (estb. 2007) of the City Montessori Schools (CMS) group, Lucknow; founder of DEVI (Dignity, Education, Vision, International), a not-for-profit NGO promoted in 1992 to provide primary education to children; and designer of the GEMS (Global Education Model of Schooling) system of education which offers contemporary internationally-oriented pedagogy. Dr. Sunita Gandhi, a Founder, Council for Global Education, USA, Dignity, Education Vision International, India, and the Education Society of Iceland (Islensku menntasamtokin ses) has travelled 38 countries and studied their education systems. Her profounded research work based on education has been piloted in the UK, Iceland and India. In 1994 Gandhi achieved her first major breakthrough in education when she played a major role in the promotion of the Global Concepts International School in Prague for the Czech government. In 1998 after quitting the World Bank (she ran into persistent health problems following trips to Kenya and Uganda) she helped launch Iceland’s first two charter schools — Aslandsskoli, an elementary school up to grade VII and Tjarnaras, a pre-school, both in the city of Hafnarfjordur. Born in Lucknow into the family of celebrated educationists, Dr. Jagdish and Bharti Gandhi, founders of the CMS group, (with an enrollment of 32,114 students CMS is acknowledged by Guinness World Records as the largest school worldwide), Gandhi graduated from Imperial College, London and pressed on with academics to be awarded a Ph D by the blue-chip Cambridge University. In 1989 she was signed up by World Bank (WB) as a consultant ‘young professional’ and economist. Young professionals is a competitively earned highly prized designation offering fast-track career growth within the bank. Her work on education, women, and participation has been adopted as among the Bank’s “best practices” and she was honored by the World Bank President with the Most Outstanding Contribution to Development Award. “After being inducted into the young professionals program, I immediately focused on education development projects as per the family tradition,” she reminisces.

In India, Dr. Gandhi has been fine-tuning and implementing a transformative education curriculum and assessments based on the principle of compete with yourself, which over 200 schools have adopted across India. With this large scale pilot, she is incubating an education more suited to the needs of children in the 21st century. The edifice of her efforts are constructed on the foundation of the Four Building Blocks of Education: Universal Values, Global Understanding, Excellence in All Things and Service to Humanity. In India, Dr Gandhi also serves as Honorary Chief Academic Advisor of her parents-run City Montessori School, Lucknow, the world’s largest school, a Guinness World Record Holder, and recipient of the UNESCO Prize for Peace Education.

Her latest project, Global Dream, is aimed at providing functional literacy to the illiterate masses. The results from the pilot are startling: Nearly 60,000 students from 150 schools of her city have taken up the campaign to teach at least one person. The unique and innovative Global Dream curriculum allows a person to become reading capable with just 10-15 hours of time investment over a month (with 15-20 minute sessions per day). Within a month, the curriculum has been taken up pan India and requests have come in from South Africa and China. The initial goal is 10 million new literates in India by the end of 2015.

For her immense contribution towards education, India Book of Records awards her ‘Educationist of the Year-2014’.