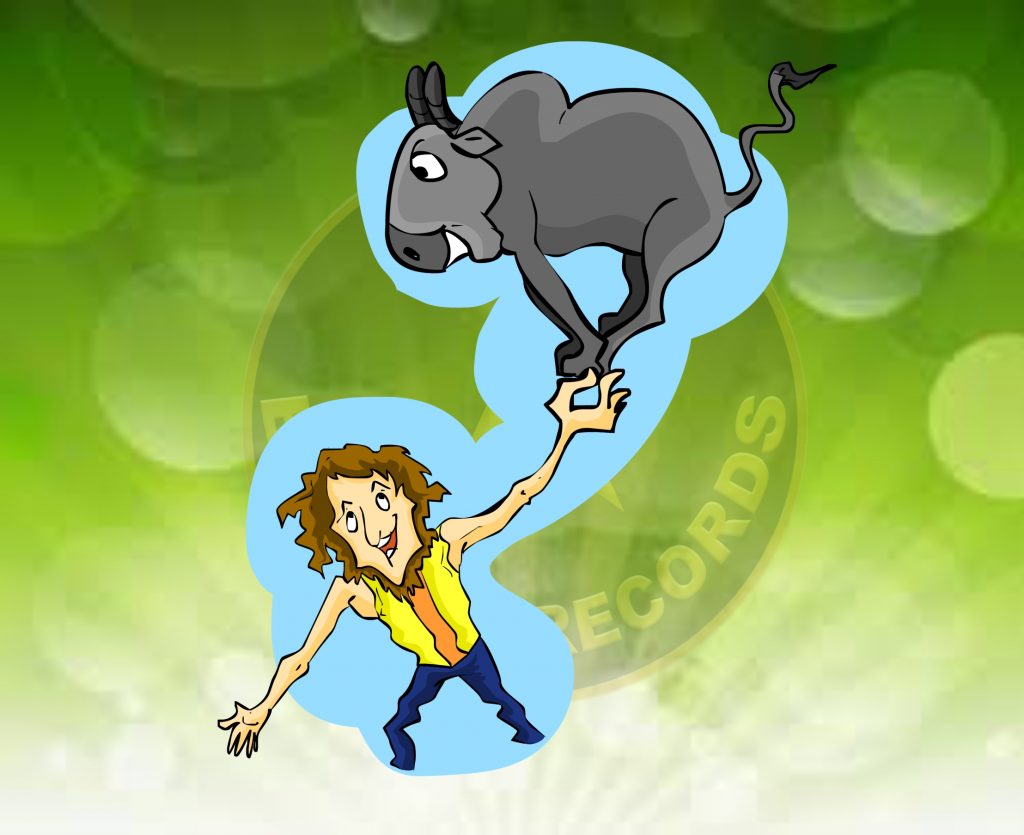 Karni Mata Temple, 30 miles south of Bikaner in Deshnoke was built by Maharaja Ganga Singh in the early 20th century in the late Mughal style. The temple has around 20,000 rats that are fed, protected and worshipped. Many holes can be seen in the courtyard of this temple. In the vicinity of these holes, one can see rats engaged in different activities. It is regarded auspicious, if a rat (kaba) runs across one’s feet. Even, a glimpse of kaba (white rat) is considered promising and fruitful. Karni Mata an incarnation of goddess Durga, implored, Yama, the god of death of restore to life, the son of a storyteller and upon his refusal she incarnated the dead son, and all of the storytellers as rats, under her protection. The chin mask known as chutti for Kathakali, a performing art in Kerala is  the thickest makeup applied for any art form.It is a three dimensional mask-like attachment made up of rice paste and paper that often extends up to 15 cm from the face. Magic shows are loved by all walks of life, but if you have ventriloquist along with a magician, then it adds glory to the magic shows.  Indushree’s magic shows such kind of facilities. She shows her skills along with a doll, which is ten feet long and it resembles with a mythological character Mahishasura, a demon that was killed by Goddess Chamundeswari. She started using Mahishasura first time, when she was invited to present a show in Dussehra festival at Mysore. She performs in Hindi, English and Kannada. The Bhut Jolokia chilli is the world’s hottest pepper. It  is said to be 1,000 times hotter than commonly used kitchen chilli. Ramesh R (born on May 26, 1989) of Karkala, Karnataka has made an exceptional chain made up of matchsticks. He divides single matchstick in 4, 8, 16 pieces and then join them with glue one by one. He has also prepared hook along with the chain. He had completed this chain in three days.